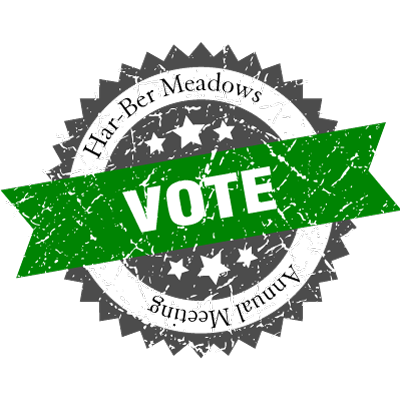 The Harber Meadow's Property Association Meeting will be held on Monday evening, May 24, 2021 in Founders Park. There will be an election to fill two Board of Director positions. Residents who are in good standing and wish to cast their vote will be able to do so in Founders Park from 6:00 P.M. to 7:00 P.M. In the event of rain, ballots will be received inside the pool house. The following residents are candidates for Monday's election.

I have lived in Harber since 2005 and currently live at 623 Clinton circle. I have served on board the last 4 years as treasurer.

I am married to Carol for 44+ years and we have 3 sons and 7 grandchildren. We moved to Har-Ber from Waco, Texas eight months ago and live on Wells Circle. My wife and I are both retired. Some of my qualifications include:
- Retired Army Officer 22 Years active duty
- Retired Public School Teacher 2016
- City Councilman City of Groesbeck Texas (2016-2020)
- BS/MBA McNeese State University (1987)
- Army Command & General Staff College, Ft. Leavenworth (1997)
- President, Groesbeck Economic Development Corporation (2017-2020)
- Vice-Pres. Heart of Texas Council of Governments (2019-2020)